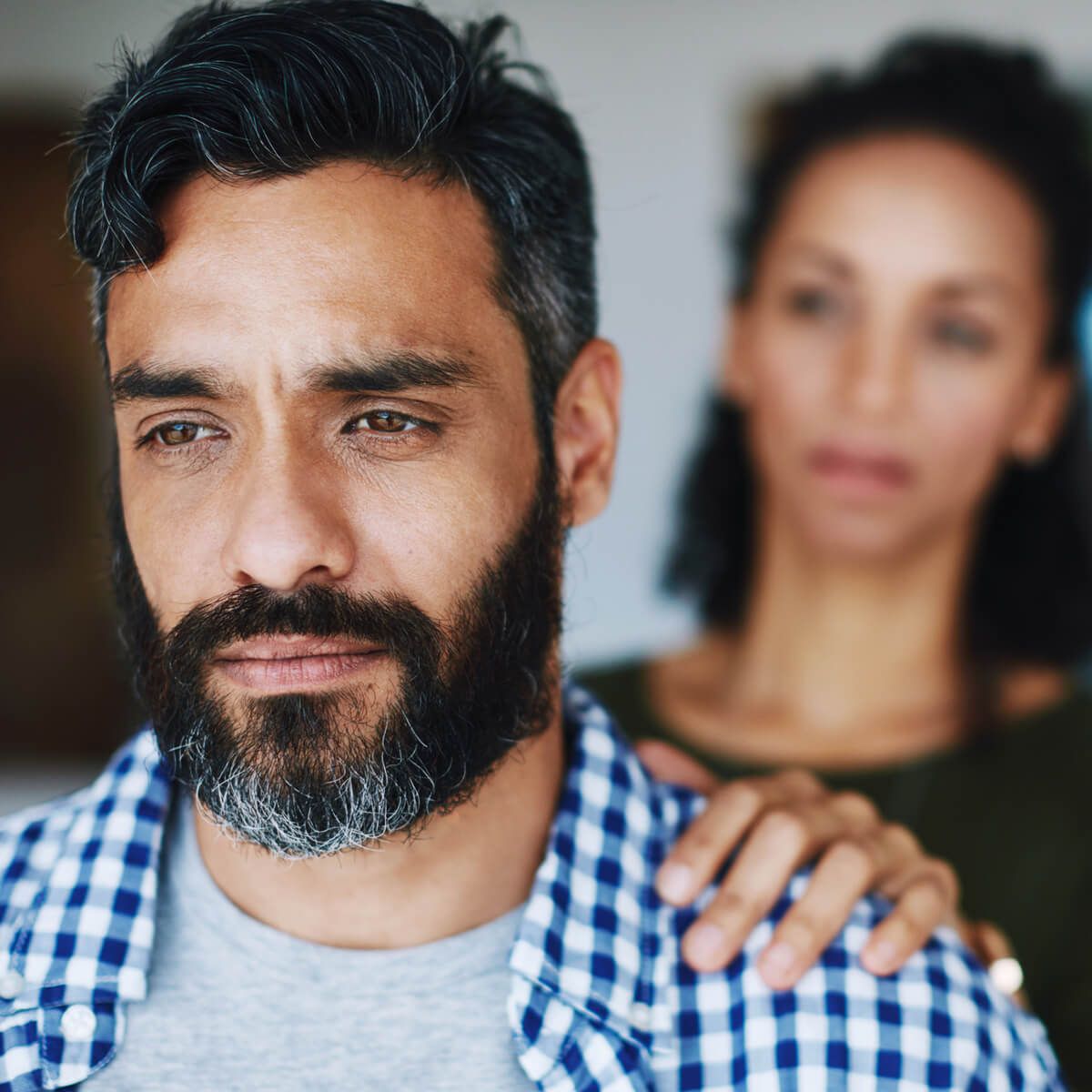 Dealing with financial difficulties can often be a sore spot for many couples. On top of communication challenges, the burden of responsibility can be a common issue: are both partners involved in money decisions, or is one person doing most of the heavy lifting?

Ideally, couples should share and discuss the responsibility of managing household finances openly and on a regular basis. However, in certain circumstances, that’s not always possible. Sometimes professional help is needed to help figure out a path forward.

We recently spoke with BDO Licensed Insolvency Trustee (LIT) Michael Comrie from our Mississauga office about the challenges couples face when dealing with their finances. Michael shared a story about a woman who recently came to BDO for help. She was on maternity leave and facing job insecurity, and her husband, who has autism, was overwhelmed and emotionally incapable of helping her make decisions about their debt.

For privacy concerns, we’ll call our two clients Erin and Mark. They are both hardworking people in their mid-thirties and live in Mississauga. Last June, they became parents for the second time, and for the past 10 months, Erin has been on maternity leave, hoping to return to work in the summer of 2021. However, due to COVID-19 restrictions, she has needed to wait longer than she had hoped before going back to her old job.

Despite Mark’s high income, they have been struggling financially for the past few years. Their rent, car insurance, and living expenses are on the high side. Any additional expenses, like car repairs, emergency dentist appointments, were put on credit. Over time, this adds up. And with the preparations and arrival of their baby, they often resorted to using their credit cards. Debt started to pile up very quickly.

Between them, Erin and Mark had accumulated over $80,000 in unsecured debt, in the form of credit cards, lines of credit, and personal loans.

“Their debt-to-income ratios were very high, close to 55 per cent,” Michael explains. This means that over half of their income was going towards their rent and debt payments every month. “With the rest of their income paying for living expenses, they had very little to save for their future. They both knew this was a problem, but didn’t know how to move forward,” he adds.

Dealing with autism and debt stress

Due to their high debt-to-income ratios, their bank denied their application for a debt consolidation loan, which could help lower their interest charges and monthly payments. However, their debt problem had become too large for this type of solution—they needed more relief than reduced interest charges.

After their creditors started calling and sending letters earlier this summer, Erin became extremely stressed out. She was emotionally exhausted from dealing with the collections agencies on her own. Their debt problems were also making Mark’s anxiety considerably worse. Unsure of the debt relief options available to them, Erin reached out to BDO, thinking that bankruptcy would be their only option.

When Michael, their Licensed Insolvency Trustee (LIT), first met Erin during an initial consultation, she was on her own. She explained to Michael how her husband’s autism made it impossible for her to engage with him about their money problems and work through their debt stress. He would shut down whenever she tried to bring it up. Michael assured her that everyone at BDO would do everything in their power to help.

“It took some time, but Mark eventually agreed to be present at a second meeting. I could sense that their financial situation was hard for him to deal with. It’s not because he wasn’t capable enough, it’s because he wasn’t equipped to deal with the stress. But it was during this meeting that they decided to go ahead with the consumer proposal option. And they made this decision together, which was a huge step.”

How did the consumer proposal help?

Michael worked with Erin and Mark together, discussed their individual situations and assessed their debt levels. Erin and Mark’s debt was a combination of individual and joint debt. They both had credit cards, lines of credit and some loans from alternative lenders.

“We’re seeing this more and more lately. People who have been declined for a loan at a bank will then turn to an alternative or online lender. We call these companies “subprime lenders” because they work with clients with poor credit and riskier profiles. They handle this added risk by charging a lot more in interest. An alternative lender will charge anywhere between 30 to 60 per cent as opposed to 8 to 15 per cent offered by a bank. This type of loan often doesn’t help someone dealing with a debt problem—more often than not, it will make it worse.”

Erin and Mark also had a substantial balance on a joint line of credit of $25,000. It was their biggest debt.

In certain situations, a Licensed Insolvency Trustee will file one consumer proposal for both spouses, if it makes sense for them and if they are comfortable doing so. However, for Erin and Mark, they wanted to file separately. With some number crunching and creativity, Michael was able to structure each proposal in a way that ensured the joint debt was included in two separate proposals.

What is a consumer proposal exactly? A consumer proposal is a flexible debt repayment program that the LIT molds to fit the debtor’s needs. It’s an agreement that requires considerable skill because the LIT has to present the arrangement to the client’s creditors and get it approved.

For Erin’s consumer proposal, Michael was able to negotiate a significantly lower debt repayment package. Her total debt load worked out to $40,000. Her creditors approved an offer of $6,000, which after professional fees, means she would only have to pay back 7 per cent of her debts.

In Mark’s case, his consumer proposal was different, mainly due to his higher salary. He could afford to pay back a higher amount of his debts. Michael was able to reduce his debt load of $44,000 to $12,000, which after professional fees, was a reduction of over 80%.

To simplify things further, their debt repayment schedule is now two monthly payments, which they make to their LIT. Michael distributes these payments among their creditors. On top of this, their consumer proposals freed up over $1,000 in their monthly budget. Without the added debt stress, finances are now a much easier topic of conversation. They now put money aside every month and are planning for their family’s future.

Erin was kind enough to share a few words about her experience working with BDO.

“I would like to thank BDO for their help and understanding.

My husband, a very hard-working man, is autistic which keeps him from assisting with the management of everyday living.  BDO’s representative was very patient with us and took extra time to explain things.

We have an eighteen-year-old daughter and have recently been blessed with another daughter who is now ten months old.

Due to maternity leave and COVID restrictions on both of our jobs we have been struggling to stay afloat.

BDO is a life saver! We were thousands of dollars in debt and really struggling. With BDO’s help, we are now on our path to become debt free and less stressed.”

Are you struggling to connect with your partner about how to deal with financial difficulties? When it comes to relationships and money, there is no set playbook, but it can help to read about other peoples’ stories as part of your research. Knowing which options are available and who you can turn to for help can make your next steps a lot less stressful.

Are you ready to talk to a Licensed Insolvency Trustee? Explore your debt relief options during a free initial consultation.